Shingles Vaccination Rate Soars But Leaves Many Behind

Worried about the high cost of the copayment for the shingles vaccine, Jacky Felder, a Medicare beneficiary, opted against getting immunized last year.

Last month, the Green Bay, Wisconsin, woman developed the disease, which left a painful, itchy rash across her abdomen. “Luckily, I’ve had a relatively mild case, but it’s been a week and half with a lot of pain,” said Felder, 69.

Felder is far from alone. Nationally, about 35% of people 60 and older were vaccinated for shingles by 2018, up from about 7% in 2008, according to a report released Thursday by the federal Centers for Disease Control and Prevention.

The report also shows low-income adults and those who are Black or Hispanic are far less likely to get vaccinated than whites. About 39% of non-Hispanic white adults were vaccinated for shingles by 2018, compared with about 19% of Hispanic and Black adults, the report found.

Those findings are consistent with disparities for other adult vaccines.

Adults with incomes under the federal poverty level ($12,760 for an individual) were only half as likely to get immunized as those with annual incomes of more than $25,000, the report said.

Cara James, CEO of the nonprofit Grantmakers in Health and former director of the Office of Minority Health at the Centers for Medicare & Medicaid Services, said Blacks and Hispanics are more likely than whites not to have health insurance or a regular health provider, which may help account for their lower vaccination rates. They are also likely to have less income to afford the shot.

The lower vaccination rates for Blacks and Hispanics have implications for when and if a vaccine is developed for COVID-19, she said. Even though they are more likely to have the coronavirus and experience more severe cases of COVID-19, Blacks and Hispanics may not be at the front of the line to get vaccinated because of costs and other factors.

Shingles is caused by the same virus that causes chickenpox, which can remain in the body inactive for years. For about a third of adults, it can reactivate as shingles, often presenting as a painful rash anywhere on the body.

The drugmaker Merck offered the first shingles vaccine, Zostavax, in the U.S. in 2006. In late 2017, a newer and more effective vaccine, Shingrix, was approved by the Food and Drug Administration, and this month Merck stopped selling its product.

Shingrix, made by GlaxoSmithKline, is 97% effective in preventing the disease in adults ages 50 to 69, compared with about 51% for Zostavax. The CDC recommends that everyone over 50 — including those who were vaccinated with Zostavax — get Shingrix. No prescription is required.

The Affordable Care Act required that preventive health services, including vaccines, be provided to people with private health insurance with no out-of-pocket costs. But people with Medicare were excluded.

While Medicare beneficiaries get free vaccinations for the flu and pneumonia, they often have to pay for other vaccines, including the shingle shots. The payments are set by their Medicare drug plan.

Dr. William Schaffner, an infectious disease expert at Vanderbilt University in Nashville, said he recommends his patients get the Shingrix vaccine before they turn 65 and enroll in Medicare. He faults Congress for adding costs for Medicare enrollees to get vaccinated.

“We’ve seen a substantial portion of the population receive the vaccine, but it is far from the goal of 100%,” Schaffner said.

GlaxoSmithKline said the average Medicare enrollee pays $50 for each of two doses of the vaccine, which are typically given a few months apart.

For people without insurance, Shingrix costs about $300 for the two doses.

Besides cost, another factor that may play into the low rate of vaccinations is access. Demand for Shingrix led to a shortage of the vaccine shortly after its launch, but GlaxoSmithKline officials say they now have plenty to distribute.

About 17 million people have received at least one dose of Shingrix, although the shots are recommended for more than 100 million people, spokesperson Sean Clements said. In comparison, he said between 20 million and 25 million people received Zostavax after 14 years on the market.

Dr. Anjali Mahoney, a family physician in Los Angeles and vice chair for clinical affairs at the University of Southern California’s Keck School of Medicine, said she was pleased to hear about the big increase in people getting the vaccine.

“About 1 in 3 people get shingles in their lifetime, and that is not something you want to get,” she said. Complications and pain from shingles, she added, can last for years, long after the rash has disappeared.

But she said that the cost barriers to vaccination for Medicare beneficiaries are keeping the numbers lower than they should be.

Felder, whose income is limited to her Social Security payments, said even $50 per dose would be too much for her to pay for the shingles vaccine. She hopes to get vaccinated if she receives another federal stimulus check.

“It isn’t right that people on Medicare have to pay for this, because for a lot of people, shingles can make them very sick,” Felder said. 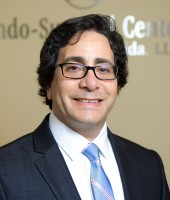 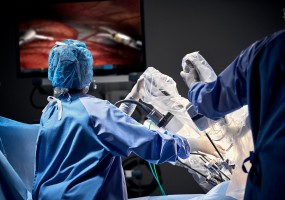 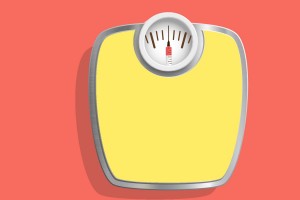