American Lung Association Asks Florida to Do More to Prevent, Reduce Tobacco Use

Our nation is facing a youth e-cigarette epidemic, setting up our kids to become the next generation hooked on tobacco, and continuing the cycle of tobacco addiction and the diseases that come with it. Is Florida doing enough to protect kids?

Electronic cigarettes, or e-cigarettes, are tobacco products that have been sold in the U.S. for about a decade. They include e-pens, e-pipes, e-hookah, and e-cigars, known collectively as ENDS—electronic nicotine delivery systems. They're also sometimes called JUULs, "vapes" and "vape pens."

E-cigarettes are the most commonly used tobacco products among kids—and it's become an epidemic. While much remains to be determined about the lasting health consequences of e-cigarettes, there’s evolving evidence about the health risks of e-cigarettes on the lungs—including irreversible lung damage and lung disease.

The American Lung Association’s “State of Tobacco Control” 2020 report found that in 2019 Florida earned failing grades on its efforts to reduce and prevent tobacco use, including e-cigarettes. Florida officials can take action to increase tobacco prevention and control funding while also regulating e-cigarettes as tobacco products to support public health and save lives in 2020.

The need for Florida to act to protect youth from all tobacco products, including e-cigarettes, is more urgent than ever, with the youth vaping epidemic continuing its alarming rise to 27.5 percent or more than one in four high school students. This is a staggering 135 percent increase in high school e-cigarette use in just the past two years, and close to three million more kids started vaping in that time period, setting them up for a lifetime of addiction.

One powerful tool to address the youth vaping epidemic is increasing the minimum age of sale for tobacco products, including e-cigarettes, to 21. The U.S. Congress finished off 2019 with a huge victory passing a federal law to increase the national tobacco sales age to 21. This law will ensure that all states have a sales age of 21 in 2020. Virtually all adult smokers had their first cigarette before age 21, and most before the age of 18.

Tobacco use remains the nation’s leading cause of preventable death and disease, taking an estimated 480,000 lives every year. The need for Florida to take action to protect youth from tobacco is more urgent than ever, with youth e-cigarette use reaching epidemic levels due to a 78 percent increase in high school e-cigarette use from 2017 to 2018, according to results from the Centers for Disease Control and Prevention (CDC)’s 2018 National Youth Tobacco Survey. This equals one million additional kids beginning to use e-cigarettes, placing their developing bodies and lungs at risk from the chemicals in e-cigarettes as well as a lifetime of addiction to a deadly product.

The 17th annual “State of Tobacco Control” report grades states and the federal government on policies proven to prevent and reduce tobacco use, and finds that while Florida has taken significant steps to reduce tobacco use, including voters approving a constitutional amendment prohibiting e-cigarette use in public places and workplaces where smoking is prohibited, elected officials must do more to save lives and ensure all Florida residents benefit from reductions in tobacco use and exposure to secondhand smoke:

The American Lung Association encourages Florida to fully fund tobacco control efforts at levels recommended by the CDC, and in particular, this year’s report noted the need to legislatively extend protections from secondhand smoke and secondhand e-cigarette emissions to all workers in Florida. Both the U.S. Surgeon General and the National Academies of Science, Engineering and Medicine have warned about the risks of inhaling secondhand e-cigarette emissions, which are created when an e-cigarette user exhales the chemical cocktail created by e-cigarettes.

The American Lung Association applauds Floridians for standing up for public health by overwhelmingly approving Amendment 9 and extending protections from secondhand smoke and secondhand e-cigarette emissions to workers in Florida. “Opportunities for better health begin where people work, live and play, and a person should not have to be exposed to the dangers of secondhand smoke and secondhand e-cigarette emissions to put food on the table,” said Janelle Hom, executive director of Central Florida’s American Lung Association.

The real question is: Will lawmakers in Florida end their failure to act and take this opportunity to achieve lasting reductions in tobacco-related death and disease? As a community member, I urge Florida lawmakers to drive policies that have been proven to reduce tobacco use and save lives, especially when the health of kids is at stake.

Janelle Hom is the Executive Director of the American Lung Association in Florida. Email her at Janelle.Hom@lung.org.  Visit Lung.org 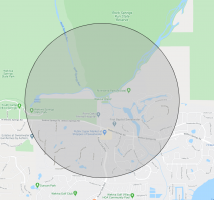 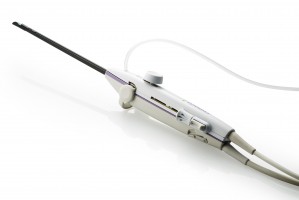 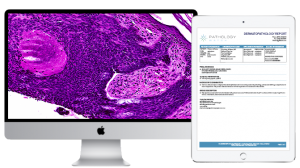